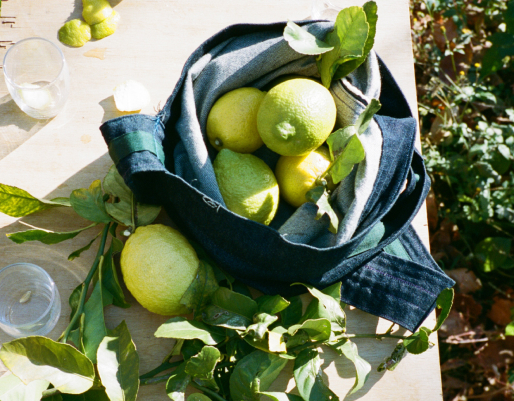 A lemon island floating on the Seto Inland Sea
On Ikuchi Island, the town of Setoda marks the midpoint of the Shimanami Kaido.
Around half of the island’s terrain is gently sloped and thus receives consistent sun. Setouchi’s relatively low annual rainfall and mild climate make the area prime for raising citrus. Setoda in particular is known as the number one producer of lemons in Japan. The atmosphere is defined by the inland sea’s calm winds and still waters, with the addition of various citrus scents that occur at different stages of each season. 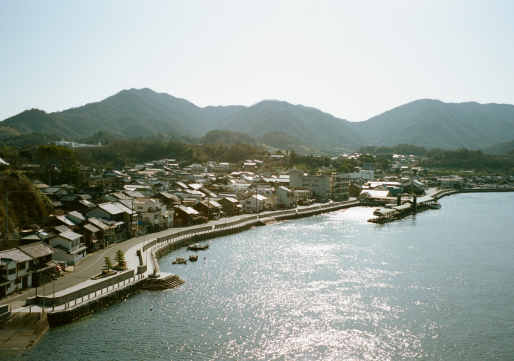 The port of Shiomachi
From its inception, the port of Setoda served as a key stopping point along the channel. It was frequented particularly often in the Edo Period by ships traveling the east-west route between Hokkaido and Osaka.
Ships at the time took advantage of tidal currents, thus making Setoda an ideal place to time the desirable tide shifts; it became known as ‘the port of waiting tides’. By way of the sea, people and goods from various regions around Japan made their way to Setoda, causing it to quickly become a bustling port town. 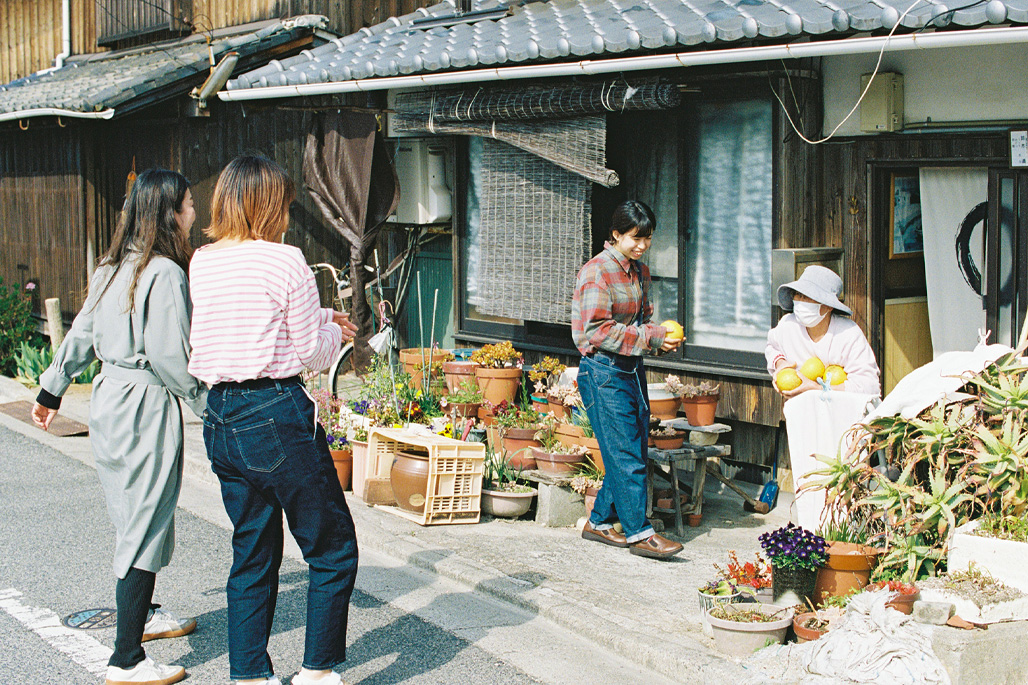 The salt production legacy
Thanks to low annual rainfall and the Seto Inland Sea’s tidal fluctuations, Setoda was historically known for it’s thriving salt industry. Adjacent to the port of Setoda at the entrance to the shotengai is a storehouse for salt from one of the major salt barons of the time. With changing times, the building took on different lives, from storing salt to storing rice, and later on being open to the public as a small museum displaying local wares and images of the salt production and trade. This storehouse keeps its identity as a beacon for Setoda between the water and the shotengai, but takes on a new use as it has been revived as a place for people to gather from in and outside of the region.

"Moving forward with regenerative agriculture"
Rooted in Regenerative Organic practices, Overview Coffee focuses on how humans can interact with the planet in a more natural, harmonious way. Coffee is sourced from farms that prioritize environmental stewardship through a long-term approach to soil health, biodiversity and community stability, working with what exists in nature to grow crops instead of in opposition to it.
Overview Coffee Japan’s roaster lives inside of the Soil Setoda Kura, along with a coffee bar where visitors can participate in coffee tasting and cupping sessions (reservation required).

*Overview Coffee is served across the street at Minatoya, but coffee beans will only go on sale starting in early summer. Check Soil and Overview social media for further details and announcements. 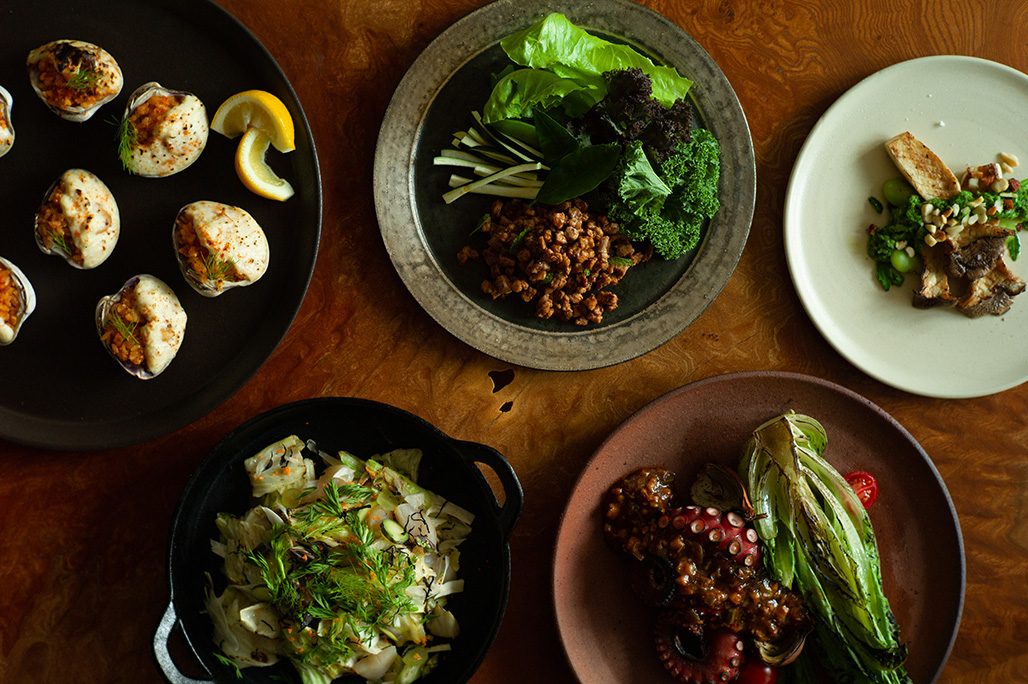 "Setoda’s portside diner"
Not quite luncheonette but not quite izakaya, the one constant at Minatoya is the flow of fresh ingredients from local farmers and fishermen, and the crackling of wood in the hearth fire on which they are cooked. Given the region’s abundance of sunlight throughout the year and nutrient rich Seto Inland Sea, it is only natural to highlight produce from the famed citrus farmers in combination with the wide variety of fresh seafood.

In spirit with Setoda’s history as a place of exchange for new goods and information, Minatoya regularly invites chefs and producers who tread the line between traditional and innovative in a way that is natural and harmonious with the environment and community. Each collaboration event with these special guests at Minatoya becomes a special occasion to discover and experience new perspectives on food, agriculture and community.
We look forward to welcoming locals and visitors alike from morning until night.
Dinner reservations are not required but can be made by calling 0845-25-6511.
Hours
Breakfast / 8:30~
Lunch / 12:00~
Dinner / 18:00~ (Thursday - Sunday only)
closed on Wednesdays
*Please check Soil and Minatoya social media for regular updates and details
instagram: @minatoya_setoda
Menu
Soil Stay
From a casual one night stay to a home base for mid to long term visit.
Soil Stay serves a dynamic mix of purposed accomodation fit for differing lifestyles and intentions. 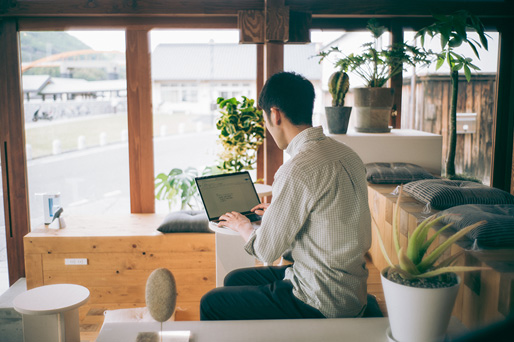 Work & Stay
Rooms are conducive to working or relaxing thanks to a desk and chair with an ocean view.
During the day, a wifi and power-outlet equipped lounge can also be used for work. Whether on a workation or extended retreat, plans for mid to long term stay are available. 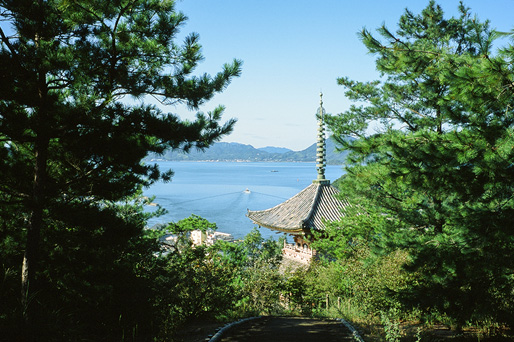 Explore & Stay
Soil Setoda is a prime base for visiting Setoda or traversing the Shimanami Kaido.
Custom tours can be provided to help visitors explore the island and the Shimanami Kaido.
Soil’s role as a community center for locals and visitors alike makes it an ideal place to connect with and experience the local flavors and ways. 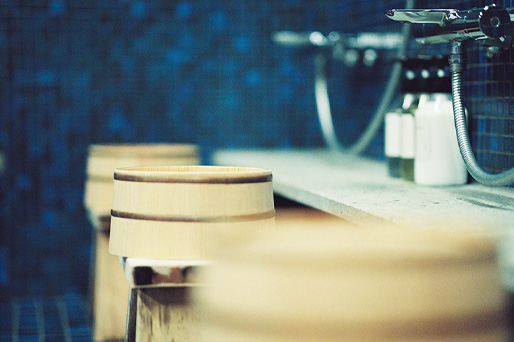 Start and finish the day
on a glowing note
After completing a day on the island, visitors and locals wash away the salt, sweat, and any stress in the waters of the yubune bathhouse, a close partner of Soil just across the way.
Coffee is procured from the neighboring roaster; fresh roasts will prepare you for whatever the day may bring.
Rooms
Simple rooms look out over the calm waters of the Setoda channel. Private rooms are equipped with a desk and chair well fit for quiet productivity, conducive to a workation or study retreat.